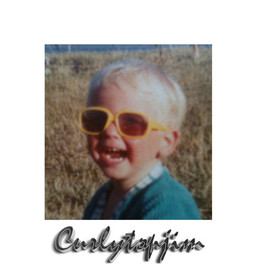 Email james@curlytopjim.com
Location Go on to Google earth and I will wave at you.

Welcome to my website and my corner of the internet. My name is Jim McKeown, and for the last 20 years I have been making and creating a wide selection of things for Film and TV.               From a history of being a model maker, prop maker, Special Effects technician to working as a Supervising propmaker the work is very varied.

Each working day always brings creative challenges which usually ends up with short deadlines.  More recently I am working as a Supervising Propmaker, where myself and my crew of prop makers create the props for that film. These items can be anything from specialised hand props, set decorating, jewellery, furniture, guns/weapons to stunt props. The recent Supervising Propmaker credits have been"Murder on the Orient Express" and "The Mummy".

Have a look through my site and you will see such results from working in Propmaking, Modelmaking, Special Effects  and Costume Departments in the Film and Television Industry.

A great deal of my work has been in feature film, and in the course of my career I have been fortunate enough to have worked with such great directors as Ridley Scott, Chris Cunningham, Andrew Stanton, Joe Johnson, Danny Boyle and Sam Mendes.

I have also worked on many Large  Budget commercials from the great Sony Bravia "Bunny" to several Adidas and Mercedes adverts.

Music videos are also an area I have worked, from Chris Cunningham's Bjork "All is Love" to Supergrass "Mary" to name a couple.

Other areas I have worked in are theatre, Childrens television series, work for artists or just plain strange requests from Twitter. This selection of work and other examples which I havent shown yet, have only been possible because I am which with a collection of talented propmakers, we create the prop requirements for the film.


On this website I am showing a selection of photographs from various projects which I have been involved with, including a working, miniature U-boat for "Enigma", talking construction vehicles for The Jim Henson Company and exploding London landmarks in "V for Vendetta". You can also see photographs of Hogwarts Castle which was used on 5 of the Harry Potter Films also Costumes/jewellery which were scanned and used on CG creatures and actors.The film work I have been employed as Supervising propmaker on,Im not as hands on. The propmakers  who make the workare credited for their work, I could not get these props on set on time without such an incredible crew behind me.

I do hope that you find this interesting and like what you see, if not then click the little cross at the top of the window and go and have a cup of tea and a little lie down.